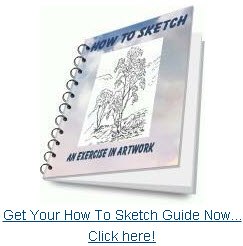 In the work on Practical Geometry, in the' &infed of Educational-Books of which this treatise forms a part, we have given simple definitions and constructions of the various forms and figures which may be said to constitute the foundation of all drawing. We have there endeavoured to shew that a knowledge of geometrical construction is necessary, before a thorough appreciation of the principles of outline sketching can be obtained, and a ready facility acquired in performing its operations. However much this position may be controverted as regards its application to. an art which is generally looked upon as independent of, rather than dependent on, strict and formal rules, there can be no doubt, we think, that it holds with all completeness in reference to the art which it is now our duty to illustrate and describe. In fact, so much do the various branches treated of in the following pages depend upon a knowledge of geometry, that many class Ihem under the generic title of " geometrical drawing." Doubtless it is fthe truth, that those commencing the study of these arts—so useful to the architect and the mechanic—without this essential knowledge, will inevitably be disappointed as to their speedy proficiency, and will labour under •great disadvantages, from not understanding the reason why all operations

In carrying out the objects of the present work, we purpose strictly to adhere to the rule adopted in the Illustrated London Drawing-Book, of " beginning at the beginning/' and, by a series of progressive lessons, leading the pupil from the consideration of simple examples up to those more complicated in their construction;—to make the simple steps so well understood, that the more difficult ones will be really difficult only to the uninitiated, but to the pupil who attends to the various gradations they will merely be a combination of the simplest constructions. We have endeavoured, as far as the discursive nature of the subject has admitted, to preserve a distinct classification and unity of examples, so as to make the pupil thoroughly conversant with the subjects of one department before proceeding to the consideration of another. Where this has been departed from, and an apparent mixing up of examples has resulted, considerations involving obvious advantages have suggested the change. On the whole, however, we trust that the unity so desirable has in some measure been obtained.

Although aware that architectural and mechanical drawing has for some time taken its place in many scholastic establishments as a branch of ordinary education, we are nevertheless anxious to see it still more extensively adopted. We conceive it likely to be of more general use—even to those who may not at all contemplate following up any of the professions to which it is more specially useful—than may at first sight be acknowledged. Apart from the habit of method, which if it does not create, it will at least foster and encourage, we see many advantages accruing to those desirous of having a knowledge of science by an acquaintance with its practice. And there are few, we think, in these the days of practical science, who are not likely to be interested in its progress. Geometrical drawing—taking the term in its widest sense—is an art which will enable those acquainted with its principles to understand a scientific exposition with greater readiness than those can do who are ignorant of it» To convince the reader of the truth of this, we have only to remind him, that few expositions of im* provements or inventions in practical science, in its widest range, are ever made without the aid of sketches,—these ranging from the simple diagram up to the more complicated drawing; and the ready understanding of these is open only to those acquainted with drawing. This consideration should, we think, weigh very forcibly with those who are doubtful of the propriety of following the example of so many educational establishments, in introducing geometrical drawing as an ordinary branch of education. To those desirous of following out the profession of architect, engineer, or mechanic, an acquaintance with the art is as indispensable as a knowledge of sketching from nature or objects is to the artist or painter». Without it, the practical man, however ingenious, will inevitably fail in perfecting, unaided, his ideas with that facility and usefulness available to the accomplished draughtsman. Its usefulness in the workshop, moreover, is no less conspicuous than in the study or bureau, in enabling the inventor or improver to communicate his ideas clearly and readily to the workman. To the latter also it is equally important and indispensable,—we mean to those who are desirous of raising themselves above the level of the mere operative, the handler of the hammer or the mallet. In short, to him who, in the exercise of his important avocations as architect or engineer, wishes to render himself independent of extraneous assistance in planning and working out his original ideas, and capable of communicating their results to others with facility, a knowledge of the art is absolutely indispensable. To those who have at all considered the subject, further comment on its value to the practical man is altogether unnecessary.

We are of opinion, that one cause of the art not being so generally adopted in educational establishments, is the extreme paucity of books treating exclusively on the subject; and of those calculated to serve as guides, the price is nearly prohibitive, at least to the generality of purchasers. A work taking up the subject, treating it methodically and fully, yet issued at a price absolutely within the reach of all, has long been a desideratum; which we venture to hope the present volume may possess some claim to having supplied. As to its method, we have followed the same plan which, adopted in the Illustrated London Drawing-Book, met with such flattering commendations and marked success. If we have failed to attain in this work the same clearness of exposition and attractiveness of illustration, this may be attributed, in some degree, to the nature of its subjects, which are not in themselves so attractive as those contained in the above work. At all events, we may lay claim to a strong desire to make it, in all its departments, as attractive and useful as possible. As respects the fulness or completeness of the work, a mere glance at the following pages will shew that, even should fault be found with the method of the lessons, none can be alleged on the score of paucity of illustration. The present volume is strictly a " drawing-book," shewing how drawings —whether architectural, engineering, or mechanical—may be copied and laid down. The technical principles and rules which dictate the proportions and the methods of planning structures—whether these be architectural or mechanical—are not treated upon, excepting in some few in stances« * These rules and principles, we conceive, belong to more strictly professional treatises. A work which is contemplated in this series—on " Ornamental and Architectural Design"—will, in one department, provide a guide to the pupil desirous of going into the technical details of the science, of which we give lessons useful in delineating its examples. A work giving a clear exposition of the principles and practice of the other departments, namely, " Ciyil and Mechanical Engineering," is yet a desideratum among educational books. Should it be thought advisable, such, a treatise may probably be included in the present series. - Without further introduction, we proceed at once to the consideration of the various examples, leaving the elucidation of these to elicit such further remarks and suggestions as may be useful to the reader.

Learn The Art Of Sketching