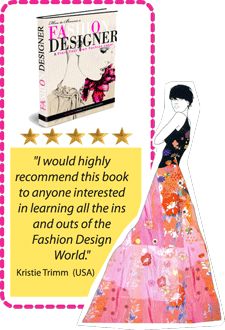 By the term stylization is understood the exaggeration of the structure of the body, reducing it to a few essential features.

There are various ways of stylizing a figure, and one of them is to elongate the height of the model by one or two units of measure.

As you will see in the two diagrams, the proportions have remained unchanged in every instance, that is to say that the anatomy of the figure has remained the same while the length of the limbs and principal parts of the body has been modified.

The diagram above has been elongated by one and a half units of measure and the one on the page opposite has been raised by two.

The head has more or less the same dimensions, the shoulders are slightly broader in relation to the pelvis, the neck has been slightly elongated. The chest has also been broadened while the pelvic region has been shortened, thereby raising the pubic region.

The waist has been reduced in size, the limbs have been elongated, maintaining proportions with the upper body. The feet obviously follow the extension of the body in length.

Here below, the pose has been rendered even more abstract, reducing the figure to a few essential lines which exaggerate the structure.

The resulting drawing is very similar to the outline but presents more energy and vitality.

Another system for obtaining a convincing fashion plate is that of reducing a real figure without making it any taller, leaving almost unaltered its basic proportions.

The diagram clearly shows the variations that we have intro duced. We have made the waist thinner as well as the flank, the pubic region has been raised, the legs and arms are equally long but have been made thinner, the neck is slimmer, while the head and the feet remain unchanged from their original size.

Now that we have established the correct basis for designing a fashion plate, let us analyse in detail the errors that can be made when it comes to personal interpretation

It is opportune m this respect to keep a file of poses used by professional fashion designers; this will be extremely useful for copy-practice and for examples of interpretation.

When the legs are too long in comparison with the rest of the body it is difficult to make out exactly the height of the head. An upper body that is short or narrow impedes the clarity of the line.

When the neck is loo long and the head is too small in comparison with the rest of the body, a giraffelike effect results.

Large and clumsy feet burden a figure, but if you still want to draw them, confine them to the casual style only.

A waist that is too narrow impedes the clarity of the waistline.

Poses that are too static, relaxed or generic make the fashion plate wooden and dull. Artistic techniques that are too illustrative are of no use in the planning stage, even if they are pleasing in the execution. Remember that you are fashion designers and not illustrators, therefore your task is to conceive of the collection in considerable detail and as quickly as possible.

suggest that you use only a few key poses and that you transform them as we show you in this chapter's illustrations. Take a simple and striking fashion pose, such as the one in the diagram.

Often a fashion designer when he is setting out thinks that he has to Commit to memory so many positions that he can use for his projects, and this creates in some people a real crisis of memory. To simplify the initial work we

Keeping the upper body fixed, move only the arms and legs of the model. If you want to you can move the head: you will obtain from a single position various fashion plates portrayed in different positions.

Using this technique of multiple poses with a fixed upper body, you will obtain various fashion plates from a few basic original positions.

One of the most important things you need to take note of about becoming fashionable is to get fitter. Therefore, if you are carrying some extra pounds, then you should lose some of it soon. You can do it through dieting, working out, or a good combination of both. Find more fashion tips like this one within this guide.